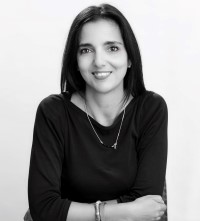 At twenty-four, when I was diagnosed with type 1 diabetes, the entire focus of women’s health and diabetes education went like this:

Me: Can I still have children?

Very old-school endocrinologist (VOSE): Yes. But you need to have finished having children by the time you are thirty years of age.

Me: Ah…okay. Is there anything about diabetes and pregnancy that I should be aware of?

VOSE: You need to plan your pregnancy. That’s all.

Me: Right. Will diabetes impact my periods? Is that something I need to think about?

VOSE: Maybe. Possibly. You’ll learn as you go along.

As I wrote in this piece for Ascensia, diabetes and women’s health is not really something that is spoken about. It is most definitely an under-researched and under-resourced area of diabetes. I hear from woman after woman with diabetes that their experiences mirror my own. Finding information usually comes from other women with diabetes. Peer support networks are frequently the only source of information, or rather, acknowledgement that what one woman is facing is not an isolated experience.

It was for this reason that we decided to hold one of Ascensia’s Diabetes Social Media Summits exclusively for women with diabetes, and about women’s health and diabetes. Once again, Ascensia nailed the ‘for the community, by the community’ philosophy of these summits, paving the way for the event to take place, but ensuring that it was people – women – with diabetes who led the discussion. I was honoured to be invited to facilitate the discussion on the day, and help with assembling a diverse and interesting group of women, as well as an agenda that addressed as much as we could in the virtual meeting’s couple of hours.

We had women from the US, UK, Germany, Pakistan, Indonesia, Australia and Singapore in attendance. Experiences were similar, and the familiar thread of diabetes stigma wound through the stories that women shared, as did a frustration about just how difficult it was to find decent, evidence-based information about how diabetes impacts the specific health concerns of women. Also similar were stories of feeling dismissed, ignored and not listened to as we searched for answers to questions about our health.

When putting together an agenda we decided to take an ‘ages and stages’ approach. We considered what specific issues could be of relevance to girls and women at different times of their lives, knowing that experiences and information needs vary. As we wouldn’t have anyone under the age of eighteen attending, we acknowledged that puberty combined with diabetes could be a particularly difficult and complex time, but we wouldn’t focus too much on that particular stage for our Summit. It would, however, be great to work with a younger group of girls with diabetes to address this another time, and see just what sort of information would be useful for that age group, and how they would like to receive it.

We spoke about how there was an assumption about the information women wanted and that doctors often thought that it centred on nothing more than pregnancy. While being told that we must plan for pregnancies and therefore must take birth control until we were ready to try to get pregnant, there seemed to be little detail about how that birth control (such as OPC or implants) could affect our diabetes. And when women reported to their HCPs that it seemed that there definitely were side effects, these observations were usually dismissed or brushed away.

The assumption about pregnancy being the focus is also problematic for women who are not planning for pregnancy (whether that be by choice or circumstance). Women have told me how painful it is to be reminded every time they go to the doctor that they need to plan for pregnancy when it’s not on the cards for them. Others report how frustrating it is that the only women’s health issue discussed is pregnancy, when there is so much more they want information about. There are many reasons for taking birth control meds and HCPs need to do better at spending time finding out that reason and then having the discussions that are relevant.

One thing that was a little different about this Summit when compared with others was the level of online engagement during the actual event. We usually find that the discussion online is very active because attendees are frantically communicating what we’re discussing and encouraging conversations with people who are watching online. While there was some sharing (using the hashtag #DSMSWomen), much of the conversation was not openly  discussed outside the Zoom room, especially when women were sharing vulnerable experiences.

This is completely understandable and perhaps was the impetus for the agenda going well off topic for a large part of the event. This isn’t uncommon – tangents just seem to happen as part of the organic nature of how these events run. And in this case, we went off on tangents that hadn’t necessarily been predicted, but were nonetheless important as we spoke about online safety in the diabetes community. Some women spoke about feeling unsafe or threatened online in the very space that should feel safe and protected in.

I’ve experienced that firsthand. As much as I advocate about and for the diabetes online community (DOC), I’ve also found it can be a place of bullying and misogyny. I’ve blocked men online who seem to struggle with strong women refusing to go away quietly, only to be told by others that they are sub-tweeting because they have found a way to still follow what I am saying – or they’re responsible for running other accounts that are not blocked. This makes me feel incredibly vulnerable and has seen me lock my Twitter account to private on several occasions. I am definitely not the only woman to have experienced this.

Some key take-aways from the Summit are that we need our HCPs to do better at addressing what women need and want in consultations. As is often the case, it will probably fall to the person with diabetes to make that happen, so having some ideas and conversation starters might be useful. And perhaps another idea is to have a checklist that can be filled out by woman with diabetes prior­ to consultations which identifies just what issues they want to talk about, so there are fewer assumptions.

Thanks to Ascensia for bringing together such a dynamic group of women to have this engaging conversation. At the end of the two hours, I felt that the surface had been barely scratched, and knew that this certainly was just the beginning. Someone asked if we could meet regularly moving forward, and I remembered the mums group I started while I was pregnant with my daughter, made up of other women who were either new mums, pregnant or planning pregnancy. We keep in touch these days, and we come back to talking about women’s health. These days, it’s more about peri-menopause and menopause. Because once again, others going through the same things that we are, often provide the best source of support, encouragement and promise that we are not alone.