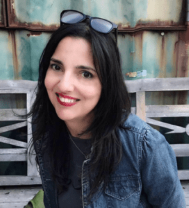 The Ascensia Diabetes Social Media Summits (DSMS) kicked off back in 2018 at the Australia Diabetes Congress in Adelaide. The idea was to bring together a group of local diabetes advocates from Australia to engage in a robust discussion about some hot topics in the diabetes world. Since then, we’ve held events in the US, South Korea, across Europe and returned to Australia.

In the middle of November, we held the latest OzDSMS – the third one in Australia, and the second virtual event of the series. Once again it was aligned with the Australian Diabetes Congress to maximise the focus of diabetes chatter online.

When putting together these events, there are two focuses – addressing current and sometimes urgent issues facing people affected by diabetes right now, and then looking at the longer term, ongoing issues and how they can be addressed in a sustainable way. It’s been important since the very first one of these summits that there be as much discussion outside the room as there is inside, and that there are outputs useful for others in the diabetes community.

It has definitely been more difficult with the virtual events to generate and keep the chatter going on with those not in attendance of the summit. I’m definitely not as nimble a live tweeter when I am having to rely on screens to actually engage with the people at the event as well as operate a Twitter account. This is always a downside of online events, but there is no other way that we could have kept the important work going unless we moved these summits online.

Thankfully, the Ascensia team was doing a stellar job of capturing some of the nuggets being shared by attendees and shooting them out over the Twittersphere, and they can be seen by searching the #OZDSMS hashtag.

It would have been impossible to not start this summit with a discussion about COVID-19. A group of Australians diabetes advocates, and in particular Melburnians, had lots to say about how we had managed through a very long and restrictive lockdown period. And with people in the room from across Europe, we were able to hear about how those facing a new lockdown period were feeling.

I’ve said a few times now that I’ve heard from some people with diabetes that they have felt somewhat prepared for the period of physical distancing, while still maintaining connections with support networks. Our community is already so much online. Sure, I had met every single one of the summit’s attendees in real life at one stage or another, but we first connected – and continue to mostly connect – in the online space. The DOC is, by nature, physically distanced! Could it be that for those PWDs already engaging in an online community that sense of feeling isolated was less? When friends were saying how much they missed their social networks, I understood why they would be saying that, but so much of my own interactions continued as per normal programming. A number of people at this summit reported the same thing.

I also wonder if PWDs have been uniquely prepared for keeping updated with our healthcare in the new world of telehealth. With diabetes being such a data-heavy condition, many of us have already had – at our fingertips and on our smart phones – the ability to monitor, assess, and make changes to our diabetes management. Sharing information with our HCPs, with each other, with friends and family is easy – and for many already is a part of regular diabetes care. While we may not have been familiar with appointments by phone or via Zoom, many were well-acquainted with not being reliant on HCPs for an ongoing data stream.

(Of course, all this comes with huge caveats which highlight that not everyone has access, the know-how or even the interest in using fancy digital health solutions to manage their diabetes, happily continuing to document their data using a pen and notebook. The word ‘privilege’ was uttered a number of times and there was acknowledgement that most of us at the event are fortunate to live in countries with decent taxpayer funded healthcare systems.)

Our second main conversation point which was addressing diabetes, mental health and resilience, and while this is an issue that is always relevant to diabetes, this year that can be said even more so!

A couple of people commented on how the media reporting of COVID-19 impacted their mental health. I know that for me this was an issue right from the beginning, but there certainly were times that I needed to step away completely from the news because I found myself becoming increasingly distressed by the cavalier way that the virus was being dismissed as not serious for anyone unless they were older or lived with a chronic condition. It became challenging to try to keep on top of what was going on in my city – especially as we faced a second wave that was clearly about to overshadow the first wave – while ignoring the negativity and misinformation I was seeing from so much of the media.

We discussed how we interacted with the diabetes community during COVID and it was interesting to hear different views. I commented on how I had stepped right away from a lot of online interactions, using (for the first time) the mute function on Twitter to remove whole corners of the diabetes space to curate a feed that was kinder, gentler and didn’t result in panic attacks. Others mentioned how they would step in and out – engaging when it helped. There is nothing wrong with that – the community is there for support and if we are not feeling that support it makes sense that we would step back.

And finally, we discussed how resilience isn’t fixed. It changes as it is impacted on what is going on around us. And with those fluctuations, our diabetes management changes. Some days, we feel that we are on top of everything, we feel that we can do all we can to stay safe from COVID-19 by following public health practises and that we are strong and robust enough to take on the world. And other days, saying the word diabetes is all the effort we have. Understanding this is so important. Finding ways to build that resilience, to accept the days that feel overwhelming and try to do better the next is important. No one has to be a superhero.

The OZDSMS flew by – and I think that we could have happily continued to talk for many more hours. Thanks to Ascensia for continuing to support these events and bringing the community together. I’m looking forward to when we can come together again in the same room, but in the meantime it’s great to connect, and discuss some pretty big issues through a Zoom room.